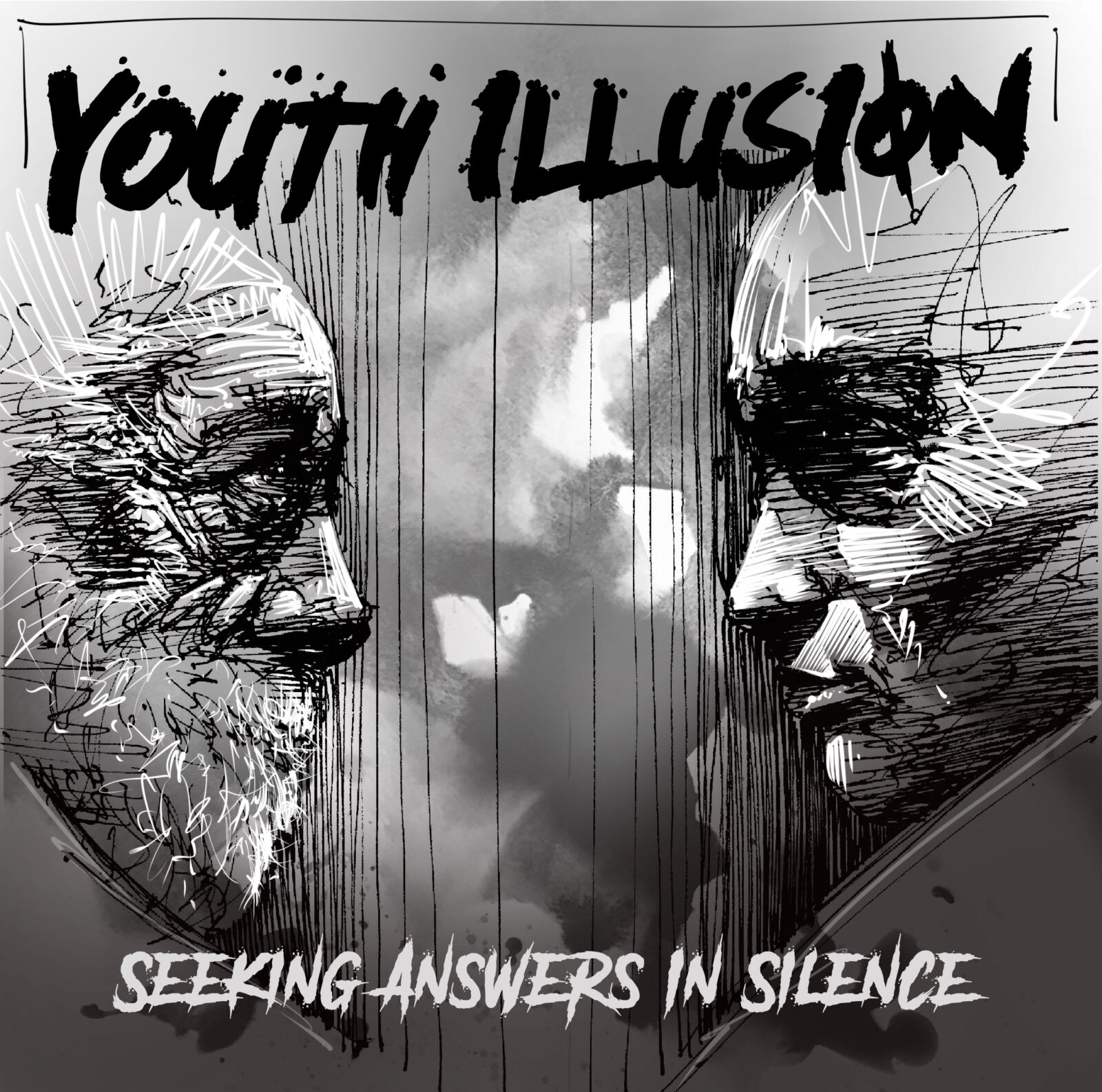 As the new year is in full motion everyone seems desperate to find the next ‘big thing’ in the music scene. Scrabbling around for morsels of innovation and novelty, turning over every single rock to find whatever new bizarre genre fusion may lie beneath. They clearly haven’t been looking hard enough as alt-rock risers, Youth Illusion, are exactly the breath of fresh air that many are so desperate to indulge in. With a brand new EP, ‘Seeking Answers In Silence’, well on its way, we had the pleasure of picking the brains of the band themselves to dig deeper…

MATTEO: WSS is another of my favorite bands at the moment. They are already big but in my opinion they’ll be REALLY BIG soon and they deserve it! The whole band are really good musicians, love the riffs and the screams song after song. I had as well the pleasure to have Aaran McKenzie supporting Dan Barnes, sensational videographer, to shoot the videoclip of ‘Blood on my hands’.

HEATH: A friend of mine is in a band called Cabin Boy…Those dudes kick ass! It’s even more impressive that they live in three different time zones and still manage to write, record and release music independently.

ZAC: Passionflower from Manchester.  He was one of the first shows I saw after the covid-19 restrictions were lifted. It was just him in his guitar and he captured the entire audience and had everyone singing by the end of his set.

ZAC: I think the market is over saturated.   We are now living in a time where music is completely free and there is a generation out there that has no concept of buying CDs or downloading MP3s for a price.

HEATH: I think nowadays, social media plays a huge role in a band’s success and being lucky enough to hit it big with the algorithm.

MATTEO: Times have changed, there are no more producers that come and knock your door, it’s hard and if you are not fully committed you’ll never make it. I feel that we will make it as we all deeply desire to play every fucking day for the rest of our life’s creating memories for us and for our fans.

RORY: The market is over saturated; there are so many bands around, so many amazing bands! Fans of unsigned bands are also very cliquey so they wont like another band for fear of being disloyal to their friends and if people aren’t talking about your band and promoting you, organic growth is very slow.

HY: What did you guys learn about each other a musicians from writing/recording the new material?

RORY: Me and Zach have been writing together since 2018 so we have figured out how to work together quite early on. It was awesome to involve Matteo in the process and see how he functions; he takes things extremely seriously and really commits himself to the process more than anyone I’ve ever worked with – the Italian passion really shines through and its quite an experience to be involved in.

ZAC: That matt has two volumes: LOUD and sleeping, Rory will loop a riff for two hours if he could, and Heath will try and put a blast beat in every part hahaha!

HEATH: From jamming random riffs at zac and rory’s place, I can see that the songs start off as little noodles, which we then give our own creative input into to create an idea we are happy with.

MATTEO: We learned a lot about each other, sometimes we had proper arguments but always for the best of the band and the final result of the EP. We like to be only the four of us with James Curtis-Thomas our producer so we can feel as comfortable with each other as possible.

HY: How would you describe the group dynamic in the band? Has this evolved with time?

HEATH: When I first joined, I was definitely quiet. Show up, play, leave kinda thing. But as I got to know the guys more, I realised they are so sound and they have become my brothers. Even if this band never takes off, I know I have some friends for life.

ZAC: I think for the most part myself Rory and Matt are are vocal about our ideas. I’m not going to lie to you though sometimes we have very heated arguments about how song should go, but that’s only because we want the best out of the song and we feel driven to express ourselves in that way.

MATTEO: 100% after almost 3years we feel we know each other in the real meaning of the word, so we are more like a little family and it feels amazing to share the stage with the boys.

RORY: It has definitely evolved since Matteo joined the band. When it was just myself and Zach (and a revolving door of drummers), we had the dynamic sorted; Zach would focus on the writing, while I would handle production and management. Matteo likes to be hands on and has taken a lot of the behind the scenes stuff off my shoulders. I am very non confrontational but super opinionated so not always great at getting my point across but Matteo understands that side of me so it really helps having him involved to help out with the difficult conversations. Zach has also become more involved behind the scenes since we are now sharing the writing responsibilities so it has evolved into everyone doing everything together.

HY: How would you compare the new singles to your earlier work?

RORY: These new songs are way more evolved than the first EP. We had only been a band for a month when we went into the studio to do the first record so barely had the material available – those songs were pretty much created as they were recorded – and didn’t have the confidence to disagree with or question the process. We also went through 2 drummers in the process so had to keep redoing drums which changed the feel of the songs. With this record we did all of the preproduction ourselves and knew the songs and parts before setting foot in the studio; we spent a year writing the record and choosing the right songs to include – we have a few songs that got left on the cutting room floor which is a luxury we didn’t have on the first record. We were also a lot more particular about our tones and sounds and the mixing process.

MATTEO: A feel we are more modern compared to the past work – I think a band is made by stages of evolutions, we are following our journey.

ZAC: These songs are 100% us.   We’ve really buckled down and worked on producing sincere authentic work and I can honestly say these are some of the best songs I’ve written.
HEATH: The new singles definitely show progression as songwriters. The songs sound more complete and extremely professional. It’s awesome to see this progression even on a small scale and I can’t wait to see what happens in the future.

Seeking Answers In Silence is available everywhere on 25/03/22! Connect with the band below: