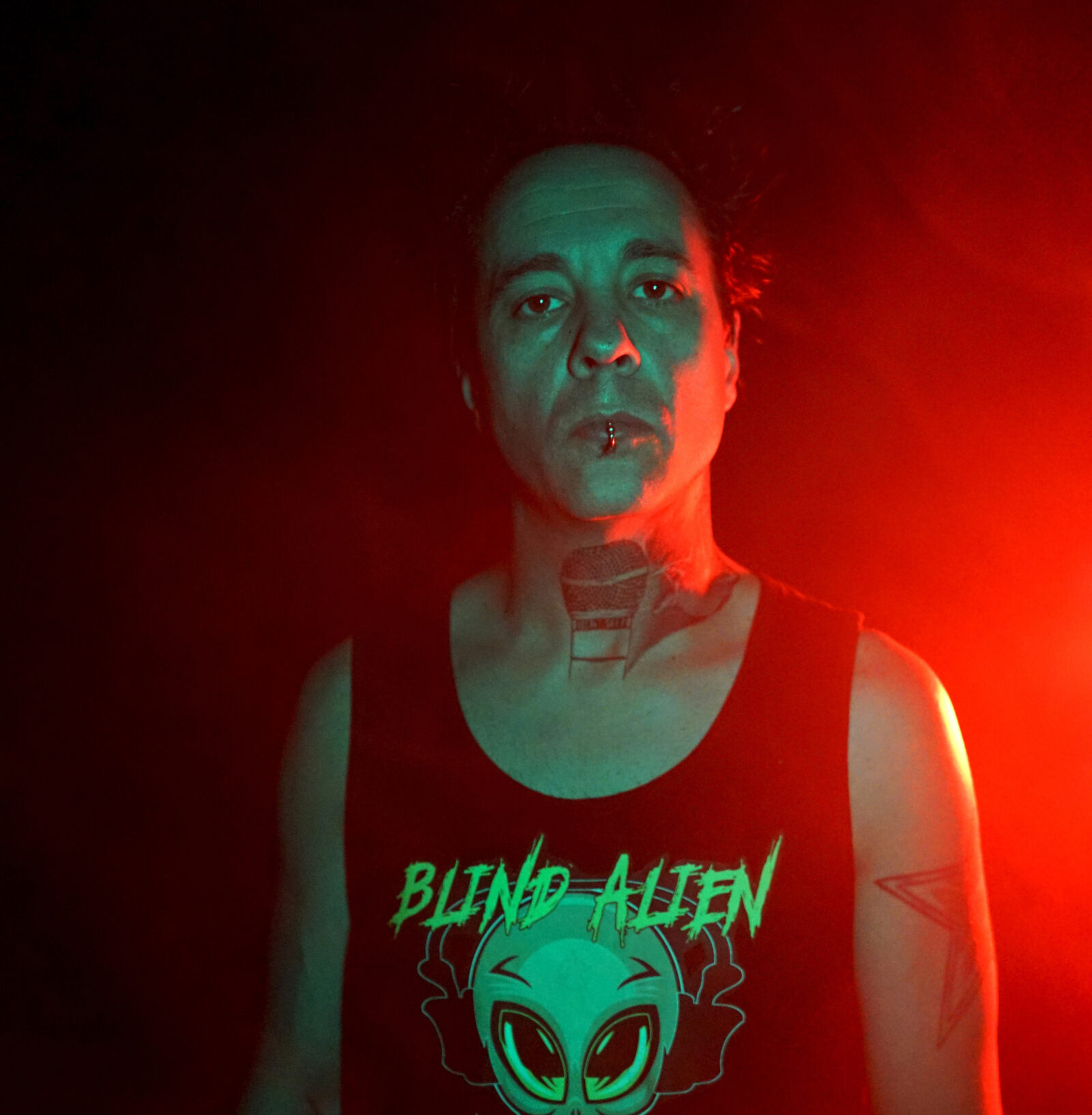 The world of nu-metal and alternative hip-hop has been a point of contention in recent years as the sounds that defined the noughties have slowly crept their way back to relevancy after being shunned to the point of banishment. Fortunately acts like Bent Self are striking back with refreshing and inventive takes on the sub-genre to, hopefully, silence the naysayers for good. His latest album, Waves, certainly makes a great case for just that so we decided to find out a little more…

That’s a hard one because I know some great artists, but the homie I Am Hologram out of phoenix has killer live show and is a one man band creating crazy soundscapes with his hands and feet using a looper. He is definitely worth checking out and you never know what he’s going to do at his shows.

I think that many talented musicians go unnoticed because they don’t want to invest much into the business side of things or don’t want to play or tour frequently. There are many talented artists so you gotta put your self out there and bring the whole package to break through to get noticed.

I think being authentic and finding your niche is the hardest part as far as breaking through. There are so many good artists and new songs being released everyday but many of them sound very similar to all the rest making it harder to be noticed.

I could say I’m currently ‘under the radar’ and there are many ups and downs on an emotional level when putting your heart and soul out for the world to judge. Being an independent artist comes with many hats beyond the music itself so it can be overwhelming at times with the added pressure of being ‘under the radar’.

I mean at the end of the day its always going to fall on the artist if they are independent or the record label to get them noticed. I do think that the music industry as a whole really needs some work because its very sketchy at times and payouts for streaming music is garbage for artists.

HY: What’s the plan for the future of Bent Self?

The overall plan for the future of Bent Self hasn’t changed much except for lack of live shows and tours the past couple years due to pandemic. I had to cancel my shows in Japan and U.S. tours until they are back to a more normal set up. I am focusing on releasing a big featured collaboration song with music video in February of 2022 while currently working on new album and music videos. Im really stoked to get back on the road soon to perform all my new music and see all the amazing faces in the crowd but until then I will be making noise from my RV mobile studio with some live feeds.

HY: What did you learn about yourself as a musician from the writing/recording process of the new album?

I have been writing/recording my own music since the first album so there is growth each time I’m in the studio as a writer, producer and vocalist because Im always trying to better myself. There is always this moment when I am in the studio and realize how much I enjoy being apart of the whole process, being able to experiment with sounds and not be rushed in my creative zone. This was also the first album I recorded in my RV mobile studio while traveling which made me realize how much I enjoy touring and capturing inspirations for future songs.

HY: Have you had any chances to take the new material to the live venues so far? Do you have any plans lined up to do it soon?

Let’s don’t talk about that, Lol. This whole pandemic put a hold on my ‘Waves’ tour for 2020 along with shows in U.S., Canada and Japan for 2021. I was fortunate enough to perform live in Colorado back in August and they loved the new album and merchandise so that was awesome. I really want to set up a new tour soon just playing by ear with all the constant changes with venues and pandemic. In the meantime I will be shooting more music videos for the album along with live streaming performances.

Waves is out now and available everywhere! Connect with Bent Self below: