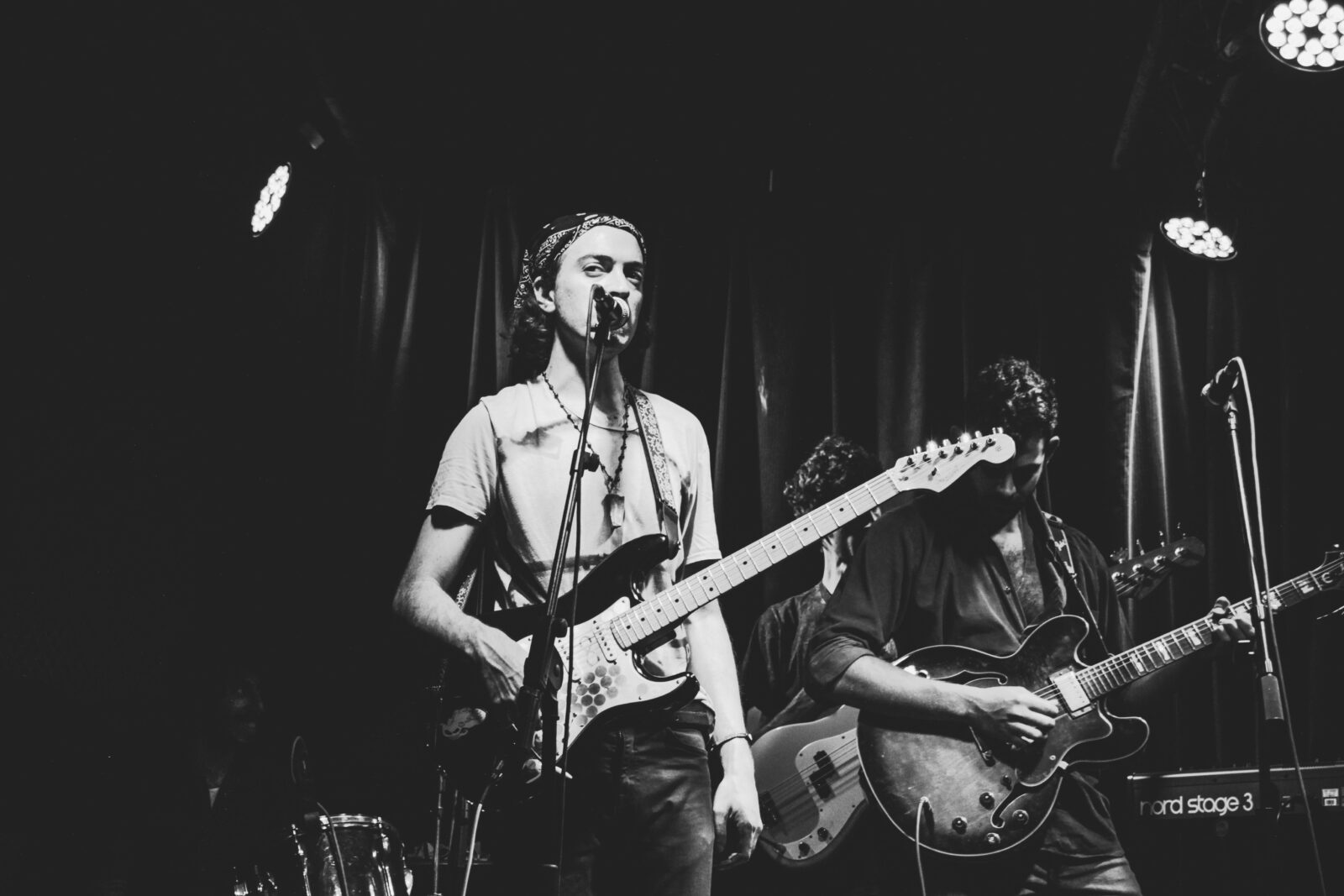 The work of Lewis Carroll and Brothers Grimm are tales as old as time but never have they quite been interpreted in the manner of rock outfit Izakman. Their lead songwriter and vocalist, Itamar Isaak takes the core principles of the classic psychedelic tales of old and truly makes it his own. This culminates beautifully into the band’s latest 12-track LP, ‘Cyber Love’, and we had the privilege to sit down (virtually) with the man himself to find out more…

I have a group of friends who play together as “The Prince Quartet”. They combine native American, African and Mediterranean music elements with rock and folk. We are close friends, and I love them for their free spirit and being genuinely devotional. In addition, their stage appearance and sound are truly unique to them. They sing mainly in Hebrew, but their focus is primarily instrumental.

We also run our own festival called “Floating Anarchy”, named after an album by our favourite band – Gong.

I think there are many reasons. It takes time to develop an identity and gain experience but still – the default business model for starting out  in music makes it nearly impossible for an individual to survive without financial support, especially if you are a solo artist hiring musicians to play with you.

In such short attention spanned and noisy environment, the art on its own mostly won’t be enough to break through the wall of glass without networking and building a relationship with your audience first.

It varies from person to person. In my experience, many skills outside of music are required to develop to make it through. I am still relatively in obscurity but not for long – I hope!

I can only say that the hardest thing for me is maintaining energy while being the  only one responsible for sustaining the project, besides the support I get to make it happen. Sometimes I wish Izakman was a band or any shared project rather than just me, but there’s also much freedom in working solo.

In Israel, the mentality is a constant survival mode when you are under the radar. The conditions are harsh and somewhat unfair. But it toughens you up and tests your stamina. And there are many scammers out there who look for new artists to take advantage of.

On the other hand, because there are many struggling artists in my generation and I think we are much stronger when we support each rather than letting the competition divide us.

I don’t know; everyone’s path is different. You can’t truly control how the world will react to your work when entering the music field. Like everything in life, sometimes things go your way and sometimes not, but I think it’s my job to keep trying new things, approach new people and stay in the playground. And meditate!

HY: What would you say is the main running theme throughout the record?

The album mainly explores the theme of absence, whether intimacy, partnership, connection or belonging. Each song tells a story of its own and resonates sounds from the late ’60s or the ’70s, yet the lyrics portray a view of our world using fairy tale imagery like Cinderella, Alice in Wonderland, and more.

HY: Can you talk us through the songwriting process for the album?

The songwriting of the album is very story-driven and fairy-tale influenced.

I’m fascinated by fantasy folk tales and esoteric mysticism. I find Fantasy as a means to deal with real-life issues. The character of the unknown troubadour in the song Cinderella Man represents any young artist in search of one’s audience. I would describe my writing mindset as a hybrid or a tension between late 60’s hippy idealism with modern-day cynicism.

HY: What did you learn about yourself as a musician and as a person during the process of writing/recording Cyber Love?

I first had quite a strong opinion on how I wanted it to sound until recording the song. Still, my producer indeed took it to a whole new level, coming up with ideas I wouldn’t have thought of. Our dynamic was like a director and an actor. He managed to lead me to perform in a way I would not have done if I had been self-produced. As a result, I learned that I could be open-minded to different approaches and implement them without compromising on my original artistic intention.

Cyber Love is available everywhere on 27/01/22 so be sure to follow the pre-save link HERE!

Connect with Izakman down below!