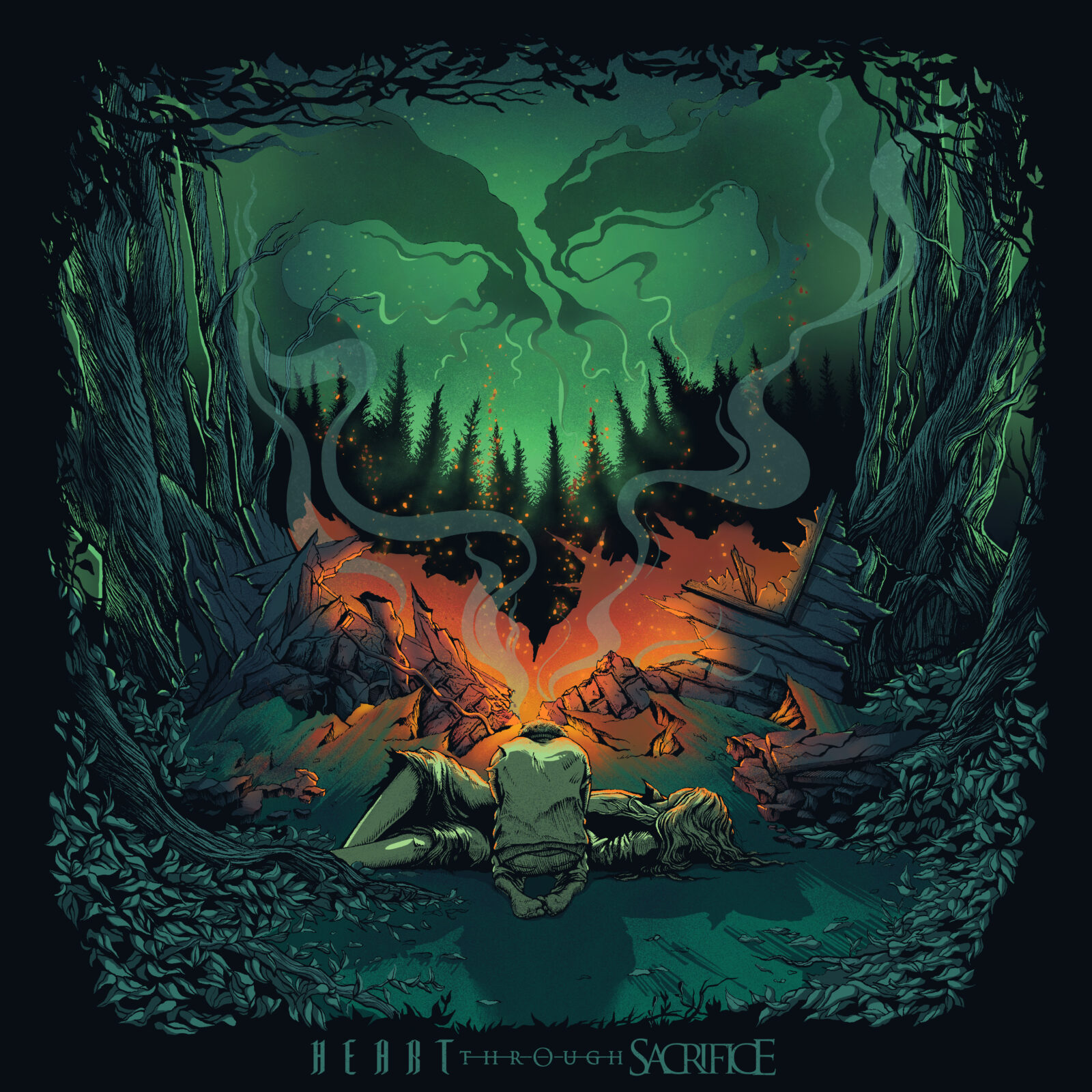 Prog metal has seen some great names arise in recent years – Wheel, Haken, Leprous and Caligula’s Horse to name only a few – and Heart Through Sacrifice is easily capable of joining such lofty ranks with their self-titled debut monolith of a record; we had the pleasure of chatting to the band’s mastermind, Doug Rimington to find out more…

I’m not sure I listen to many under the radar musicians, maybe the closest thing will be As Everything Unfolds who are touring and do have label support. When I first heard them (thanks youtube suggestion!), their energy and especially the vocal performance really hooked me in! Would you call Chaosbay or Vola under the radar? Both again, amazing vocal performances and some crushing riffs with heavy detuned guitars!

There’s just too much out there, it’s so easy for DIY bands to release music which is great for people like myself but does lead to a massive saturation. Then on top of that, you have the mass produced pop music which is backed by huge advertising companies and shoved into the faces of the general public… Even for me to discover new music, I rely on publications like Metal Hammer and their sections where they introduce new bands. In the old days, I would be reading the thank you lists in CD booklets and using that to discover new music.

Really I feel it is to be seen/ heard by the right people. I tried using google ad’s once, it resulted in a lot of dislikes and when I looked into the stats, it seemed to have push the song in front of women looking for prams…!?

I am so under the radar you could call me a stealth bomber!! It is hard, I’d love to be a full time musician but financialy it is impossible and I’m long past the days where I can go without food to pay for new strings. However, I am grateful that I do not have label pressure to do things or write music in a certain way.

I think with the world of Tik Tok and social media, an ‘artist’ could make and produce content that appeals to all, dress in a certain way, say the right things etc… There are many successful ‘youtubers’ etc who do this very well without the pressure of the industry, labels or management. Because they appeal to a large enough demographic, they can do what they like which is quite cool (and I’m super jealous of them!).

HY: How would you describe the UK metal scene in its current state?

I think the UK metal scene is amazing, there are so many huge, going to be huge and should be huge bands here! Architects, Bury Tomorrow Bleed from Within, Sylosis, Employed to Serve, Venom Prison… also in the UK you have the best Metal producers, 2 of which I have worked with – Justin Hill (SikTh) and Scott Atkins (Cradle of Filth, Andy James).

HY: Do you think the metal industry is doing enough to champion women and people of colour?

I think metal is opening up more and more but is still a hard place for women in general, as it’s seen as a macho, hairy, smelly world. There are always exceptions to the rule with bands like Deftones that attract a more mixed and stylish audience. I do believe that right now there are so many great women artists in metal, not just singers but across the musical spectrum!

As far as for people of colour, again there are a lot of great musicians out there like Tosin Abasi, Howard Jones, Lajon Witherspoon (spelling?), Misha Mansoor and more, those are just the big names that most people know of. I have to be honest, I’m know I’m not ‘in the industry’, but I’d hope people are not stupid enough to turn down skilled talent because of their skin colour, turn them down only if they suck!

HY: How did you get into metal music in the first place?

It would have to be at a school camp, a Samoan friend was like ‘you need to listen to this’ and that was when I first heard Metallica’s Black Album… That kid got sent home after being caught with cigarettes but the memory of that music remained. From there it was fairly slow as we didn’t have much money when I was growing up. Then I saw the Street Fighter anime with another friend, the sound track was amazing but chiefly among it was Korn’s song ‘Blind’ and Alice in Chains ‘Them Bones’. This opened the flood gates of metal – Deftones, Life of Agony, Fear Factory, Sepultura, Chimaira, Machine Head and on and on!

HY: How would you describe the dynamic between you and Corinne?

Corinne is so enthusiastic, she has a lot of life commitments but still makes time for me and all my demands. The best thing is, I can send her demo vocal melodies with me singing which she then turns into magic! Studio time is quite expensive but she can slam through multiple tracks in such a way that it often leaves us leeway to try new things before the day is up.