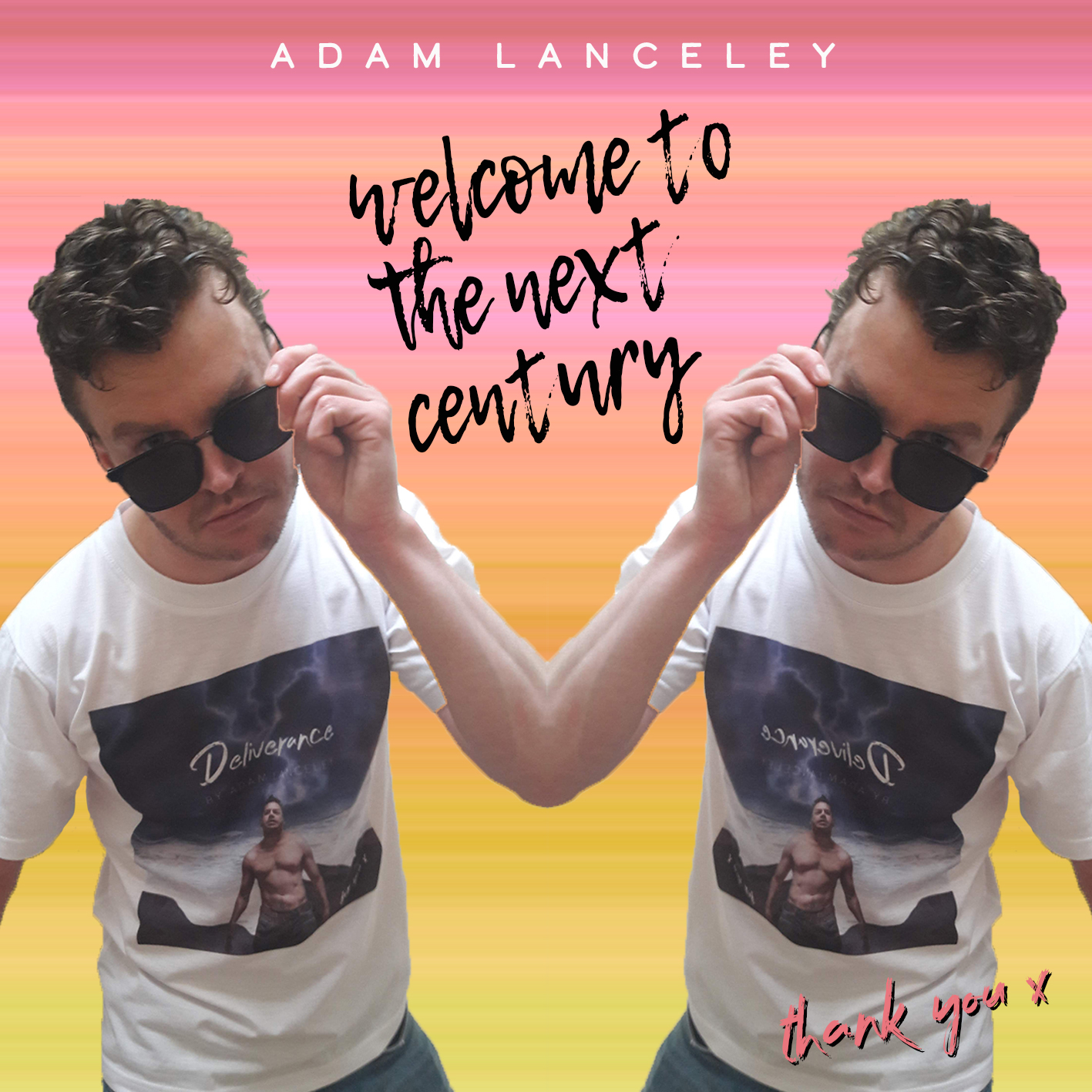 On May 1st, Adam Lanceley released to the world ‘Welcome To The Next Century’, an eleven-track album that exists as a beacon of expression and the power of art, specifically music. Lanceley, who had his life changed completely due to a car accident that caused transformative injuries, uses music as an outlet and, as a result, produces tracks full of raw emotion, joy and entirely from the human experience.

At the age of ten, Lanceley sustained severe injuries due to the crash as mentioned above, including a brain injury and a crushed pelvis, which caused a massive lifestyle change from his childhood of being a promising sportsman. However, this did not stop the force of nature that is Adam Lanceley, who took his recovery even further by running marathons and creating a career in music. Using the music to help combat subsequent mental health problems, he wants the world at large to recognise music as a healing power and hopes it can aid others who may have developed similar issues due to the last year of lockdown.

The album itself is fully realised and bursting with life. Each track feels like a snapshot, intimate and sweet, that creates an overarching narrative that ties each song together in a concise way that allows individuality to shine through. With a country and blues flair present throughout, giving everything a genuine home-grown feel, ‘Welcome to the Next Century’ is kitschy, lively and full of wonder.

“The new tracks that are on this album have all been recorded since my last EP came out and all were written and recorded during lockdown. Doing this then helped me to escape some of the stress of the situation and almost take myself away to a sunnier, more care-free place.” – Adam Lanceley

Overall, Adam Lanceley has created a mixing pot of lighthearted genres and relatable content that is a testament to how music can help and enrich. If you need a pick me up in the long months before lockdown fully simmers down, ‘Welcome to the Next Century’ is perfect for just that.

Check out Adam at these internet places: